According to the government’s latest directions, in addition to schools, Wuhan can open tourist attractions, museums, art galleries, movie theaters, chess and card rooms, bars, KTV, and swimming pools according to its own conditions on the premise of epidemic prevention and safety control. This is a good signal for Wuhan citizens, indicating that the big data results of free testing for all citizens since May 10 are satisfactory. But even so, I don’t think that most people would like to go out to the movies, art galleries, shopping and more. The most obvious phenomenon is that square-dancing that was popular in China before the epidemic has not appeared. After all, this is a group of people who have the strongest passion for life and love the outdoors. 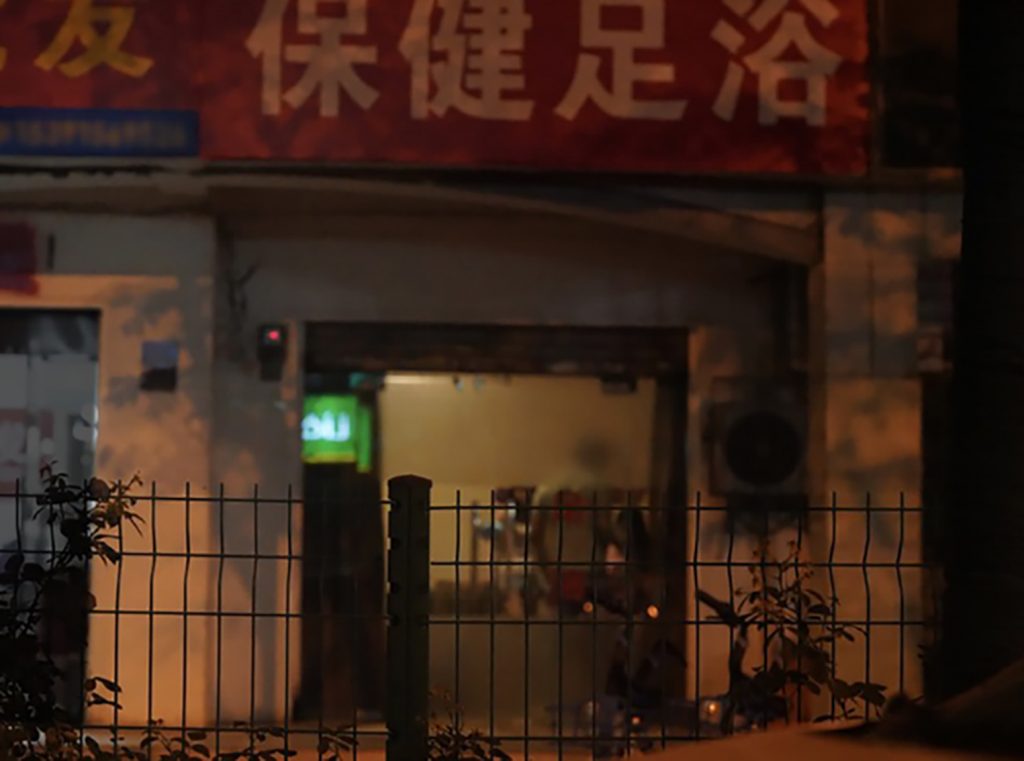 This reminds me of a photo I secretly took 12 days ago on Hengan road of a small health spa house for foot care which was actually a place of sexual services. There are usually 2 -5 sex workers in a foot spa house. Since the outbreak in Wuhan, this is the first time that I have been seen such massage rooms open. Prostitution and whoring are not allowed by the government in China, Sexual workers face fines and administrative detention if they are caught by the police. So, they often work under the guise of massage. This is a “benefit” for many ordinary and average-income men who have been sexually repressed by the epidemic. But for sexual workers living in the cracks of society, they also face the pressure and helplessness of life. After all, the risk of infection caused by contact with strangers is still very high during this special epidemic period. In general, it costs a man 150 to 200 YUAN to go in and have sex with a women, usually for 20 to 30 minutes. In my opinion, this indicates that the whole epidemic situation in Wuhan has improved greatly. Some people’s confidence in the epidemic situation has been growing and the invisible vitality of the city is slowly recovering. It’s just that I’m very curious to see if clients and sex workers also wear masks to have sex.

Recently, I have heard that many KTV in Wuhan began to open secretly at the end of April. KTV generally has two types. One can be used to sing and drink carnival, get together with friends and so on. The other is to offer escort services in addition to singing. People in Wuhan called it“Momo Chang”, which means having a women to sign with you. If she wants, you have to pay enough money for them to have sex with you in the room or outside. Some people who go to KTV are businessman or a small number of leaders who have certain consumption ability. Sometimes, some of them will choose this way to achieve some business purpose or close the relationship between people, including close friends. This difference is that massage rooms are usually where a person goes secretly, and KTV is where a few people or a group of people go together. In addition, small and medium-size companies have been hardest hit by the epidemic. Their owners need to be more active in facing the impact of the epidemic and the pressure of operation.

For most ordinary people, only life is real and can be grasped by ourselves. No matter what we face, our life will continue!